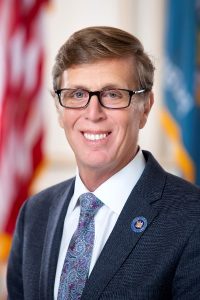 Michael graduated from St. Marks High School. He attended the University of Delaware before opening his first business, Ramone’s Flower Shoppes in 1982. Since 1982, Michael, a true entrepreneur, founded, owned and operated multiple local businesses with his wife, Lisa, of 29 years. Together, they currently own six successful businesses that employ over 200 individuals throughout the year. These businesses include the Delaware Swim and Fitness Centers, the Delaware Swim Team, Aquatic Management Systems and BC Communities. They have three children – Brittany, 26; Ross, 24; and Nicholas, 21.

For 35 years, Michael’s passion has been coaching and mentoring children of all ages in swimming, and in life. Michael has supported the Boy Scouts of America, Special Olympics, Yes U Can Foundation, and the Police Athletic League by donating the use of his health club and aquatic facilities.

As a state legislator, Michael sits on the following House committees: Joint Sunset Committee; Economic Development, Banking, Insurance and Commerce; Housing and Community Affairs; Revenue and Finance; Veterans Affairs; and Labor. Additionally, he serves the people of our state as a member of the General Assembly Kids’ Caucus, the House Small Business Caucus and the Family Law Commission. He was also honored to be asked to serve on two of the Governor’s Councils – the Governor’s Mentoring Council for Children and Youth and the Governor’s Council on Health, Promotion and Disease Prevention. 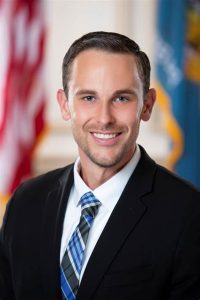 State Representative Mike Smith of Newark was first elected in 2018 to represent in the Delaware House of Representatives the citizens of the 22nd District, which includes Pike Creek Valley and parts of Hockessin and Newark.

Rep. Smith is Director of Strategic Initiatives & Partnerships at the University of Delaware’s College of Health Sciences. He and his wife, Christy, have two children: Braedon and Nathan.